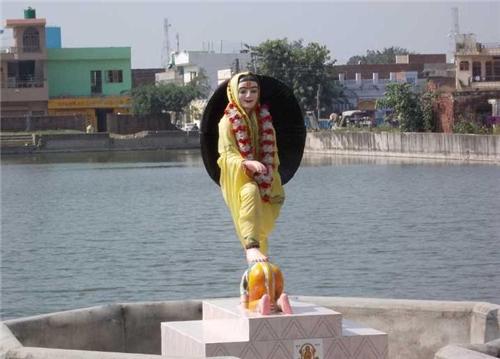 Source: www.hoparoundindia.com
Politically speaking, District Ambala has two secondary areas - Ambala City and Ambala Cantonment (popularly known as Ambala Cantt). Both these areas are approximately 3kms distant from each other. Thus, Ambala is also known as a ‘twin city.’ The Ambala Cantt area has the presence of Indian Air Force and Indian Army within its confines.

It is often stated that the District Ambala was brought into being in the 14th Century AD by Amba Rajput. Another belief is that the name is derived from ‘Amba Wala’ meaning ‘mango village’ from the mango orchards that were present in its immediate environs. Yet another belief is that Ambala has got its name from Indian Goddess ‘Bhawani Amba’ whose temple is still there in Ambala city.
After reducing Sirhind city to ruins, in 1764, a strong and united army of the Sikhs from Punjab entered into the present day Ambala, Karnal, Yamuna Nagar, and Panipat districts. They founded many princely states there including Shahzadpur state, Jind Kingdom, Krora Singha Misi Kalsia Kingdom and Kaithal state.

After the death of the Sikh woman chief in 1823, the whole of Ambala came to an end. Taking this opportunity, the British East India Company took over Ambala District to their territory.
In the year 1966, when the states were being formed based on linguistics, the Ambala District was included in the state of Haryana. Read More...........


Geography and Climate of Ambala

Ambala District lies to the North eastern periphery of the state of Haryana. It is located at 27-39”- 45’ north latitude and 74-33”- 53’ to 76-36”- 52’ east longitude. It is separated by district Yamuna Nagar in the South East, Kurukshetra in the South, Districts Ropar and Patiala and the U.T. Chandigarh in the West. In the North and North east of Ambala lies the Sirmaur district and Shivalik range of Solan. Ambala is situated and an altitude of approximately 900 feet above sea level.

Ambala experiences a continental climate during most pat of the year. It has a tropical and semi arid climate. May and June are the hottest month with temperature as high as 48°C. On the other hand, temperature in winter season can dip to as low as -1°C. Most of the rainfall is received in the months of July to September and December to February. Ambala gets the maximum rainfall in the state with 47.16 inches per year. Read More........

Owing to its location, Ambala is a prominent transit point for many tourists traveling to nearby places like Jammu and Kashmir, Himachal Pradesh and inner Punjab. Ambala is a home to many historical landmarks as well as a number of Hindu and Sikh pilgrimages. Some of the popular tourist attractions in the city of Ambala are listed below. Read More..........

Festivals in Ambala are the epitome of Haryana’s zeal and fervor. Apart from the festivals that are common to the Indian culture, people in Ludhiana celebrate Lohri and Baisakhi with great joy and enthusiasm. The most striking festival in Ambala is the Teej festival. It is celebrated at the arrival of monsoon. Women apply henna on their hands, wear colorful dresses and glass bangles and fast for the long lives of their husbands.  In some parts of rural Haryana, a festival known as ‘Sanjhi’ is celebrated in October. In this, women design and pray the image of Goddess Durga in their homes.

Ambala is also famous as a Sikh jatt place and thus, the lifestyle has a blend of the tastes of both Haryanvi culture and Punjabi virsa. Most of the people in Ambala are Hindi speaking. However, you can also find a bit of Urdu and Punjabi in their vocalizations. Read More.........

Ludhiana is most famous as the hub for wedding shopping in the entire North India. There is a specialized wholesale market near Maharaja Agrasen Chowk that is dedicated to all sorts of wedding shopping. Apart from this, there are two other shopping malls – Ansal Plaza and Galaxy World Mall - in Ambala where you can find international brands under one roof. Read More....... 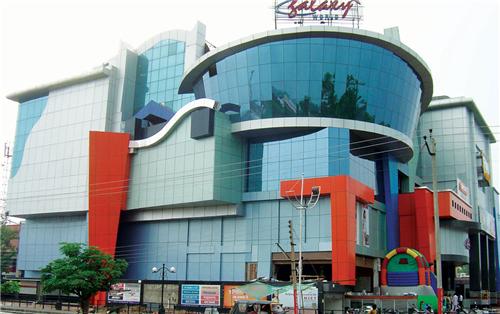 Simplicity is the main word when it comes to the food habits of the Haryanvis. The food of the people of Ambala is very much similar to that of Punjabis including makki ki roti and sarson ka saag. The most famous traditional eateries in Ambala are Amar Palace, Puran Singh ka Dhaba and Halwai Bazaar. Read More.........

Air: Ambala city does not have a civil airport of its own. The nearest airport is the Chandigarh Airport which is well connected to major Indian cities by air.

Rail: Ambala Cantt junction is one of the most significant railway junctions of North India. It is connected with express trains and high speed shatabdi or rajdhani trains to major cities of the country.

Road: Ambala is located on a convergence of major national highways including NH 1, NH 22, NH 72 and NH 73. It is very easy to get in Ambala by way of road.