Ambala Cantonment, more famous as Ambala Cantt among general public, is a town in the District Ambala in the state of Haryana. It is located near about 200kms to the north of Delhi and about 50kms to the south of the state capital Chandigarh. Ambala Cantonment is an important hub for the manufacture of surgical and scientific instruments. 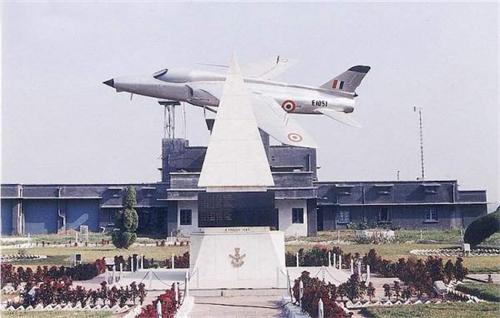 Ambala Cantonmentt is a significant intersection point as it has well connected roads to Jalandhar, Ludhiana, Amritsar - Lahore, Uttar Pradesh, Chandigarh and Shimla. Ambala Cantt houses a lot of colonial bungalows and wide roads lined by trees which were generally archetypal of the British Cantonments in the sub-continent.

Ambala Cantonment is said to be formed in the year 1843 when the British people had to withdraw themselves from their then Karnal Cantonment due to the breakout of malaria epidemic during 1841 and 1842. Ambala Cantonment, at present, is the headquarters of II Corps, India or the Kharga Corps. It is also one of the largest and the oldest air base of Indian Air Force and has been established by the Britishers.

Native Land for the Industry of Scientific Instruments

Initially, neither there was technical knowledge nor the presence of proper infrastructure of the process.  In spite of this, the makers were persistent in their efforts which resulted in making the place a prominent center for the manufacturing of scientific instruments. As a result, important scientific instruments like the Geissler Vaccum Tube which was manufactured only in Japan began to be manufactured in Ambala also.

Demographics of the Ambala Cantt

Apart from the Air Force base and the scientific instruments’ industry, there are a number of places in Ambala Cantonment that catch the attention of the tourists. Some of these attractions are given below.

It is one of the oldest churches and was built in the year 1857. Sadly, the church was attacked at the time of Indo Pak war of 1965 and its marvelous building was destroyed except just the tower. 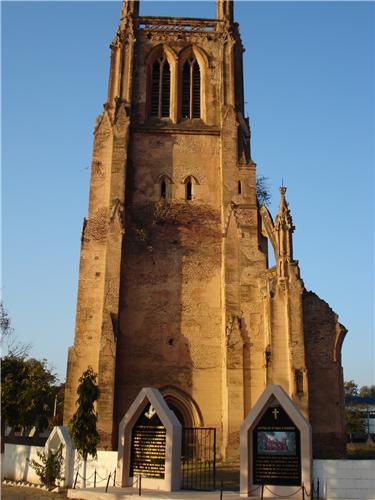 Source: www.airforceschoolambala.com
The church used to be spread in an area of 21 acres, but now a large portion has been taken over by Air Force authorities. It is believed that the Britishers took shelter in this church during the Revolt of 1857 and they used to offer prayers here before leaving for military campaigns.

It is the oldest church constructed by the Britishers and is a superb exemplar of the Gothic style architecture. The Holy Redeemer Church consists of huge tower supported by sturdy pillars. The high roof of the church offers a very scenic view with greenery all around. The church is so well maintained that one finds it hard to believe that it can be as old as 100 years.

Spread in an area of 4 acres, Rani Ka Talaab is a historic and beautiful pond which is around 400 year old.

If local sayings are to be believed, Maharaja Ranjit Singh dug two ponds and named them ‘Raja Ka Talab’ and ‘Rani Ka Talaab.’ Later on, Raja Ka Talaab was transformed into Patel Park. Rani Ka Tallab has Devi Mandir and Shiv Mandir situated near to it.

Explore more about Localities in Ambala