Ambala Police is always betrothed in maintaining the law and order of the city. Also, they are responsible for providing protection to all the important places as well as the ancient monuments in the district. Ambala also possesses a lot of industrial zones that require special supervision with a view to attract high investments in the city. Ambala Police in Haryana always give prompt patrolling in this area in order to provide safe and protected ambience to the businessmen.
SP, Ambala
spamb[at]hry[dot]nic[dot]in
Landline No: 0171-2553520(O)
0171-2550060(O)
0171-2551010(R)
Mobile No: 9729990001
https://ambala.haryanapolice.gov.in/
DSP HQ. Ambala
dspambhq-hry[at]nic[dot]in
Landline No: 0171-2553520
Mobile No: 9729990106 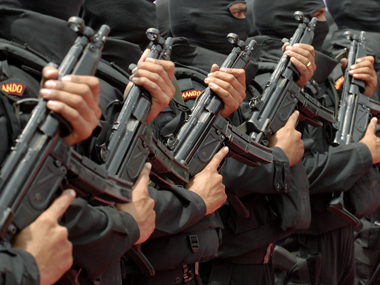 Source: www.firstpost.com
Basically, District Ambala is divided into two regions - Ambala City and Ambala Cantt/ Cantonment. Hence, it is also known as a ‘twin city.’ Presently, Ambala has a total population of more than 12 lacs which are residing both in the city as well as Ambala Cantt region.
Ambala Police has two divisions that support them in their daily functioning and also to prevent the incidences of crime in the city.

With the rapid advancement of the information technology in today’s times, the police department is faced with novel challenges every day. Increasing use of computers and internet has resulted in new-fangled kinds of cyber crimes such as falsified electronic money transfer, malevolent emails, maltreatment of stolen credit and debit cards and the like.

The Department of Police in Ambala has established a specialized Cyber Cell as a nodal organization that provides all feasible technical support to the various investigative divisions in the cases that are related to internet, mobile phone and computer system technology. This cell is speedily developing proficiency in different areas including mobile phone tracking and call monitoring. The cell is also being outfitted with sophisticated and up to date hardware and software. Help from software specialists is also being sought with a view to improve the computer skillfulness of the Cyber Cops of Ambala.

Traffic Police has been efficiently established in the city of Ambala with a view to ensure the smooth management of the traffic in the city. The well set cops challan for unprincipled means of driving and also arrange checking schedules on a regular basis at the prominent exit points of the city. Traffic Police can be found at all important points and traffic lights of the city. They provide directions to the general public and drive them in line with the rules.

The Police Department of District Ambala has successfully faced several challenges in the past. It is an experienced force guided by a competent team of officials.

Explore more about Administration in Ambala