Art and Craft in Ambala

Art and Craft are the epitome of a state’s cultural diversity. In India, one can find a vast variety of art and craft items, handicrafts and the like. Haryana is also one such state which is famous in the entire country for its handicrafts, pottery and embroidery items. Here we have provided with a detailed description of the different forms of art and craft items found in Ambala as well as the whole of Haryana state. 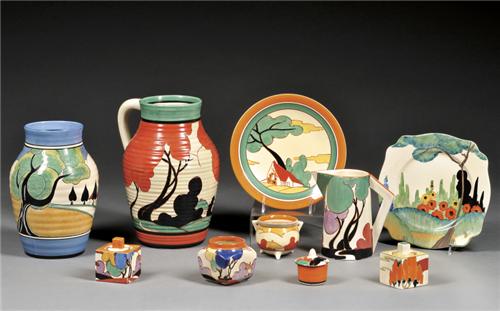 Basically, pottery is found in villages and Ambala is also kind of a village city of Haryana. Dated back to the Pre – Aryan times, the potter’s wheel can be easily found in almost every village of the state.
The kick operated type of wheel is quite common in Ambala. With this piece of equipment, one need not use his hands to rotate the wheel as it is done normally. As an alternative, one has to use his foot. The real wheel may be either made by stone or cement.
Earthen articles are made out of very cheap material that comes from the earth only. Clay is one of the most important ingredient and many items are made out of it including toys, decorative pieces and utensils.

Weaving and Embroidery in Ambala

Ambala is very famous for its woven items such as shawls, robes, durries and lungis. The shawls of Ambala, a derivative of the Kashmiri shawl, are an art work in itself. Known by the name of Phulkari, these shawls are an impressive piece of art woven with convoluted embroidery in vibrant colors. Phulkari shawls are the basic winter wear in Ambala and are worn with ghagra and choli.
A slightly different form of phulkari is the ‘bagh.’ In this, the whole of the cloth is covered by so heavy embroidery that the base cloth is barely visible.

Given below is a description of the famous embroidered in Ambala:

The design of Bagh embroidery has a geometric pattern with probably green color as the base because initially Muslims used to work on them. Bagh has almost anything and everything included in its design like sun, moon, crops, houses, elephants, gardens, kites etc. Khaddar cloth is used for Bagh with silk thread.

Chope is a yet another kind of shawl found in Ambala. It is rather simple as compared to bagh and phulkari.

The durries of Ambala are usually coarse with geometrical designs all over it. Haryana Jaats are famous for making durries with blue background and white triangles in the fore.

Ambala has a rich culture are so are its art and craft varieties. However, there are not much institutes where one can go and learn this work of art. There is only one such institute in Ambala, the details of which is provided below.

If you also wish to lean art and craft, you can get yourself enrolled with this academy.

Explore more about Culture of Ambala