District Ambala, also known as the twin city, is one of the most significant districts in the state of Haryana. Ambala has been divided mainly into two parts – Ambala City and Ambala Cantt. Ambala city is mainly famous for its wholesale cloth market. Also, Ambala is famous as ‘the city of scientific instruments.’ The city has a specialized science market where you can find even the smallest of scientific instrument. 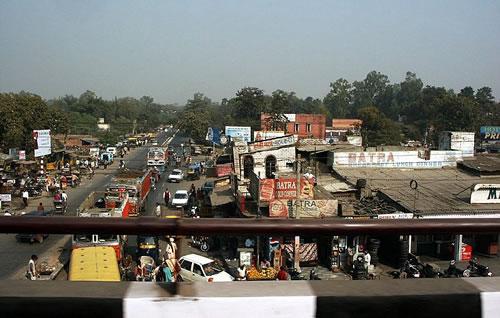 Ambala is mainly famous for its two main localities, one is the Science Market and other is the Wholesale Cloth Market. However, still there are lot more areas in Ambala district that need to be explored. Find details about some of these areas.

Ambala Cantonment or Ambala Cantt is a town in the district Ambala. It is located nearby the city of Ambala on the Grand Trunk Road. Since the time of the British, Ambala Cantt has been a major junction and currently has an important Indian Air Force Base. One can still find many majestic bungalows and wide roads lined by trees characteristic of the British Cantonments.

Maharaja Agrasen Chowk, located on National Highway no. 65, is a notable landmark and crossroad in the center of the city of Ambala. Near the chowk is located a beautiful Municipal Park. You can also find a huge white bust of Maharaja Agrasen seated on a throne in the centre of the crossroad. 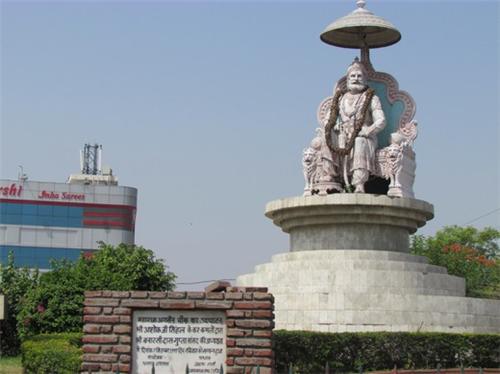 Maharaja Agrasen Chow is mainly famous for the widespread wholesale cloth market located near it. This market is the allure of the city and attracts shoppers from the city as well as from nearby places. The cloth market of Ambala has a crowded and far fetched cluster of around 900 to 1000 shops. One can find an extensive collection of cloth items including handloom, silk, saris, suiting and shirting, as well as different kinds of dress materials.

Saris and silk are the major cloth items that are sold in this market. At some time, Ambala used to be a center of handloom factories, all of which have vanished by now.
The cloth market of Ludhiana is considered to be the largest market of cloth trading in the entire sub continent of Asia.

Naraingarh is one of the three sub divisions of the Ambala district of the state of Haryana. It is located at a distance of approximately 36kms from Ambala Cantt. Naraingarh was founded by Raja Laxmi Narayan, King of Sirmaur in Himachal Pradesh. After the Mughal Empire has declined, Raja Laxmi Narayan constructed a palace in Kulshan and gave it the name ‘Naraingarh.’