There is no lack of small towns and cities in the heart land of Haryana, which is, Ambala. One such small town is Naraingarh. In actual fact, it is the perfect exemplar of a city and is located in the Ambala District on the Chandigarh Barwala Nahan Road. A Municipal Corporation has been very aptly formed to mage the administration of the city. The city of Naraingarh is situated at a distance of just about 30kms from Ambala Cantt and about 55kms from the state capital Chandigarh. 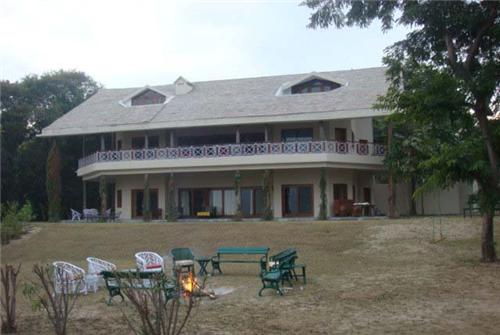 Naraingarh is the center of operations of one of the sub districts of Ambala. The city was established by Raja Laxmi Narayan, the King of Sirmor in Himachal Pradesh. After the reign of Mughal Dynasty had ended, Raja Laxmi Narayan constructed a bastion in Kulsan and gave it the name of Naraingarh.

Not much research has been conducted so as to give exact information about the demographics of the town of Naraingarh. However, as per the Census report of 2011, the total population of Naraingarh can be estimated to be 18, 209. The male population in Naraingarh is more than the female population, as is the case with any other state of the country. Males constitute 53 per cent of the population as compared to the females who are just 47 per cent. The literacy rate of the town is 73 per cent which is commendably high.

Tourist Attractions in and around Naraingarh

Naraingarh is quite commonly a loved place by the tourists, be it a group of friends, families or couples. There are a lot of places in the town that must be explored by every person who is on a trip to Naraingarh. In order to explore the town completely, you must stay here for at least 2 to 3 days.

Kalesar National Park and Wildlife Sanctuary is a must visit place if you are a lover of nature and wildlife. It is very much admired by the bird watchers. Spread over a vast area of 45 square kilometers or 11, 000 acres. Kalesar also has a dak bungalow, a common name for a guest house, which was built near about 100 years ago. The national park is also known for its different varieties of medicinal plants.

Naraingarh also has a little fort that not many people know about. At present under the administration of the Haryana Police, the Naraingarh Fort was once under the control of Sirmaur (Nahan) state’s hill soldiers. This fort is a must visit place for those people who love to know the facts and details of history.

Naraingarh also has a lot of holy places to visit including temples and gurudwaras. It also has a 'Devi Lal Herbal Nature Park' which is famous for its medicinal plants. Although Naraingarh is not a big city, yet you will just love visiting here due to its calm and serene environment and chaste scenic beauty.

Explore more about Localities in Ambala