Just as in all the important cities of the state of Haryana, even the people residing in Ambala are immensely dependent on the Haryana State Transport Corporation for commuting to nearby towns and cities. In fact, credit goes to these roadways buses and other private transport companies that the city of Ambala is connected to almost every city of Haryana, Chandigarh and Punjab, perpetually making it an imperative helping hand for all travelers of Ambala. 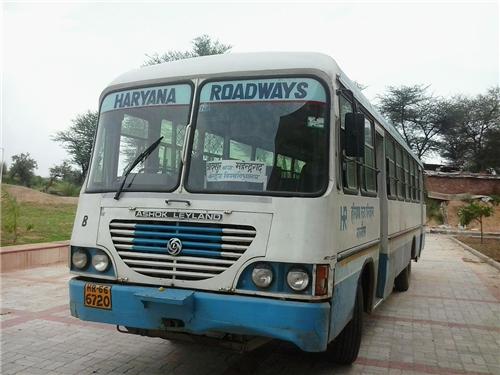 The city of Ambala, being an important district in the state of Haryana, has two national highways passing through it. These are:

National Highway 22 or NH 22 runs through Chandigarh from Ambala and Himachal Pradesh to an area known as Khab on the India China border. This also called as the ‘Hindustan Tibet’ Road. National Highway 22 stretches up to 459 kms.
NH 22 starts from Ambala in northern Haryana and runs through the outskirts of Chandigarh towards Zirakpur. Finally, it enters the Chinese territory through the Shipki La Pass. The NH22 was constructed in the year 1850 and 1851 starting from Kalka and its first part was up to the city of Shimla.

National Highway 72 or NH 72 is another major national highway that links Ambala, Haryana to Haridwar, Uttarakhand by way of Nahan, Paonta Sahib and Dehradun.

Haryana Road Transport Corporation or HRTC is the unit of public transport of the Government of Haryana. It is the major transport service provider in the state as well as the city of Ambala.  It has a convoy of approximately 3400 buses that are being operated at 21 bus depots. Each depot is lead by a General Manager. There are also 17 sub depots working under the concerned depots. At present, Haryana Roadways is making the people of Ambala available with the fleet of buses to almost all important neighboring cities of Ambala including the state capital Chandigarh, New Delhi, Amritsar, Karnal, Panipat, Hisar, Shimla, Ludhiana, Jalandhar, Zirakpur, Shahbad, Dera Bassi and many more.

So, with such information, you can be sure that traveling from the city of Ambala would not be an issue anytime.

Explore more about Transport in Ambala