The city of Ambala, apart from being the shopping hub of North India, is also home to a number of temples. There are even those temples which had been erected years ago and still stand high and exemplify the architectural wonder. There are many famous religious spots in Ambala that attract local as well foreign pilgrims. Given below is a brief description of some of the famous temples in the city of Ambala. 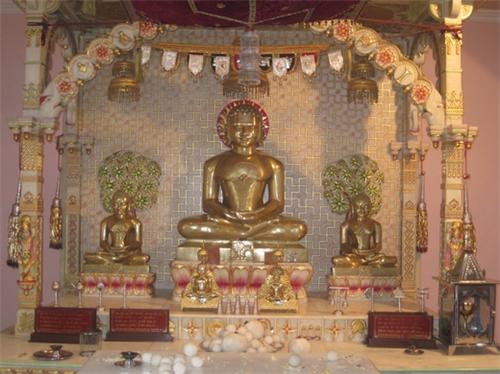 It is believed that Ambala city got its name from Goddess Bhawani Ambika, an ancient goddess and an embodiment of Goddess Durga). It is, in fact, one of the oldest temples of the city. Gong by the known facts, Ambika Devi Tempe was constructed by the Pandavas during the Mahabharata war. Initially, the temple was set up on a small mound within the River Saraswati. In spite of the river water coming down gradually, the temple is still unharmed.

The temple has idols of deities Amba, Ambika as well as Ambalika – the well known female protagonists of Mahabharata. Navratris are celebrated with great zeal in the temple. A huge fair is organized and the devotees offer prayers daily.

Another famous and ancient temple in the city of Ambala is the Jain Temple. The temple has idols of th Jain gods – Shantinath, Arihant, Parshavnath and Chanda Prabhu. Jain people from nearby areas daily visit this temple and offer their praying. Also, Jain festivals are celebrated with great dedication in this temple.

Hathikhana Kailash Temples is one of the most important religious landmarks of the city of Ambala. The temple, established in 19th century, is famous for its magnificence as it has a giant statue of Lord Ardhanariswar – a symbol of the general balance of male as well as female types of man. Left side depicts Lord Shiva whereas the right side shows Parvati. Besides the Shiva lingam and the Nandee idol, the temple also has a cow stable. The name of the temple is taken from the historic fact that the Mughal soldiers travelling by elephants used to stay here in between their journeys. 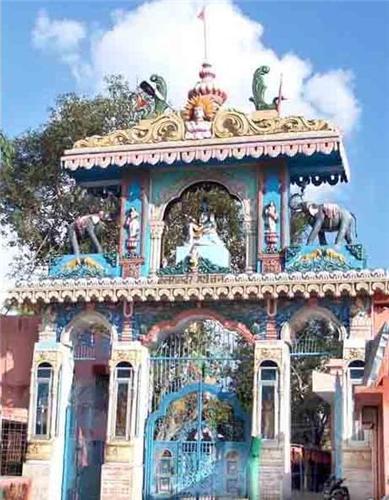 Established aroud 70 year ago, the Kashyap Rajput Vansh Mandir is very famous among the devotees. People come here from far flung areas to pay reverence to their ancestors. Every year, on 12- 13 March, a grand fair is arranged as a dynasty festival with the intention that the disciples can pray for their reign.

The temple is located in the mid of Labhu Ka Talaab. Beliefs are that the disciples who offer coconuts after breaking them to Mahakalee are blessed by the Goddess and they are saved from all sorts of evil eyes and unpropitious powers.

This temple is also dedicated to Goddess Kali and is crammed with devotees on all Saturdays. Kali Bari temple has a number of mini temples that have the idols of different gods and goddesses like Goddess Durga, Radha Krishna and Lord Shiva.

Tilla Mandir is the largest temple of Haryana and is situated in the Northwest part of Ambala. The temple revels in its enormous stretch and has its ancestry of spiritual chiefs, commonly called Tilladheeshes. Tilla Temple is most famous for its Shivratri celebrations. The most significant feature of this temple is the Gorakhnath Dhwaj – a 108 feet tall flag – set up in the splendor of Guru Gorakhnath.

Apart from the above mentioned, Ambala city also has some other well known temples. Some of them are:


Whenever you visit Ambala, make sure you visit most of these temples and pay you reverences to the deities.


Explore more about Tourism in Ambala